As always, I like to start my weekend with a full cup of bitterness, but after the week we’ve had one cup just won’t do.

Once again another birthday came and went and I got nothing. I don’t know what everyone’s problem is, but I’m getting a little sick of my son having a birthday and no one g…

I’m not sure why so many people are going to share this post, because the content is just terrible. It’s not funny or inspirational or worth anyone’s time, but for some reason you…

Clickety-clack, clickety-clack, the wheels of the train mocked me as I tried to play Risk on a mobile device – is it just me or are mobile devices a conspiracy by a secret order of Masonic Ophthamologists trying to destroy the vision of everyone, making them need eyeglasses… 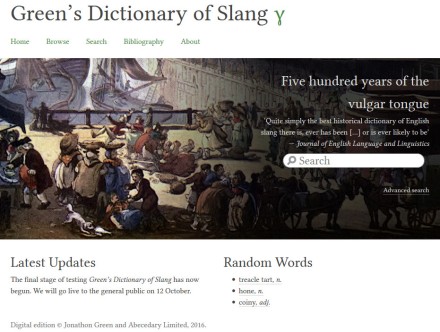 Whenever I had a query about slang (and I’ve had many), or felt like a random trawl through the underbelly of language (which was often), my first port of call, traditionally, was Chambers Dictiona…

How To Create Killer Images For Your Blog Or Social Media

(There’s some good information here, if you can look past the annoying as fuck pop-ups.)

The following is a guest post by Diana Beyer. Diana Beyer is experienced and self-driven media expert who is passionate about writing. Her purpose is to share values amid those interested. She is alwa

Source: How To Create Killer Images For Your Blog Or Social Media

Not long ago, someone in an online conversation said that as she gets older she has less “inclination to tolerate the presence of cockwombles.” The presence of what? The cockwomble in question was …